Is Catnip a Cat Drug? Do Cats get High?

Catnip certainly provokes strong reactions in many cats and from the moment a cat gets a whiff it can totally change their personality! Some kitties become more hyper and playful while others become more loving and relaxed. Some become more playful at first and then crash and fall asleep! So does it work like a drug? Does it make them get high?

The short answer is no, catnip is not a drug in the traditional sense. To have an effect on your cat, it does not have to be ingested or be metabolized as something like THC needs to be. This is because catnip actually works entirely off scent. The all natural oils, mainly nepetalactone, within the catnip mimic a type of cat pheromones that make their brains react when smelled.  It’s the similar to how essential oils and candles (or even a really delicious smelling meal!) can make people feel a certain way. But the reaction is many times more strong because a cats sense of smell is much more sensitive than our own.

Is Catnip Safe for Cats? Can they Overdose On It?

Catnip is totally safe even if your cat eats some, all it will do is get digested and come out the other end. Many cats actually love to lick some of it up as they roll around! You should still avoid giving it to them as as a type of edible treat or food though. Consuming large amounts of it can upset their stomach as any plant would.

The effects of catnip are temporary and typically last anywhere from 5 to 30 minutes. There is some refractory period where they will won’t react to it again for some time ranging from an hour to a day depending on the cat. As it isn’t metabolized, there is no such thing as catnip withdrawal or dependence. It also means there is no such thing as a test to see if your kitty has been on the ‘nip.

Ultimately, catnip is simply an herb in the mint family that is even safe for people to eat and drink that happens to also be greatly enjoyed by many felines. Feel free to give your cats as much catnip as they enjoy and worry not!

Does Catrnip Work On All Cats?

Some cats just don’t have a reaction catnip even when their brother is rolling around in the middle of the floor. The exact reason is not certain but it likely has to do with a mix of genetics and their experiences growing up as a kitten! Some cats may also take a few tries to get used to it and feel the effects. So if the first try doesn’t do anything try at least a few more spread out over some time.

What is called “Catnip” also can vary pretty widely. The main essential oil (nepetalactone) is mostly concentrated in the little follower buts that grow when the plant reaches its full height. Many dried catnips mainly consist of the leaves and the stems which are not densely packed with the oil. It may take a lot more of the catnip to cause a reaction or it just might not ever work. Catnips that contain mostly flowers buds (like our Super High Potenct Catnip) are super densley packed with nepetalactone so that a little goes a very long way.

Even if you give them the best catnip, some cats still may not have much of a reaction. Or you just may way to switch up your kitties playtime routine and try something new!

The good news is that there are several other plants which contain completely unique natural oils that give reactions that are just as fun as catnip. The main catnip alternatives are Silvervine and Valerian Root. Both can be even more exciting than catnip itself and come in many fun forms so be sure to check out more info about both of them at the below articles! 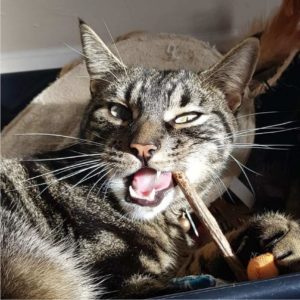 Silvervine is the lesser known but perfect alternative to catnip! It causes the same fun reactions but comes in different forms and is more likely to be enjoyed!

Valerian Root is an all natural plant with a super pungent smell that can gives cats a big reaction! It is perfect to try if your cat is one of the 40% who don’t react to catnip or you are just looking for something else for them to enjoy during play time. 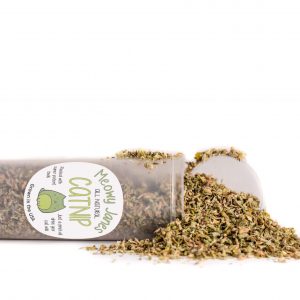 My Cat Hates to be Brushed! What do I do?

Add On Some Fun 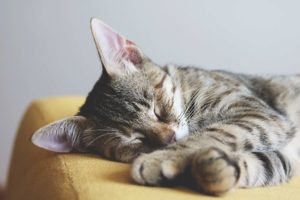 Silvervine is the lesser known but perfect alternative to catnip! It causes the same fun reactions but comes in different forms and is more likely to be enjoyed!

Is Catnip a Cat Drug?

Catnip makes cats zoom up and down the hallways and roll around on the floor. But how does it have this magic effect? Catnip is an herb that grows naturally with a scent that acts as a cat pheromone.